Disasters are everywhere and we’re not just talking about the ones that get elected to Congress. At any time or any place, something can go so wrong that you’ll end up in the hospital as news crews descend upon you like a plague of ravenous locusts. Here now are five people you’re likely to meet when the sh*t hits the fan. 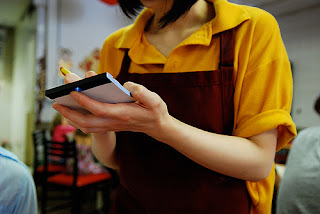 5: Takey McCharge: When disaster strikes, this guy immediately elects himself president, skipper, head hancho. Takey starts barking orders at everyone, even when he doesn’t know what to do. The important thing is, he THINKS he knows what to do. Unfortunately, Takey’s just scared and you following his every whim makes him feel better. Even if you’re stocking up on food while the zombies burst in.

4: Ulysses S. Deadweightenstein: Ulysses has plenty of skills, unfortunately now that the damn has broke and the flood waters are here, I.T. management isn’t needed. Flailing about trying to do something just to feel safer, he does more damage that if he stayed put. Eventually, you’ll be force to give him busy jobs just to keep him out of the way. Fortunately, he’s likely to get himself killed and really put himself out of the way, before he actually listens to you.

3: Captain Panic: The good captain is so gripped by fear, he babbles nonsense in between randomly screaming, “We’re all gonna die!” The Captain is no good under pressure and snaps at anyone that tries to tell him something useful. He’s the guy you’ll end up slapping and saying stuff like, “Get a hold of yourself!” or “Dammit, man! There are women and children to save!” Mighty Mouse, he is not.

2: Jimmy Hoarder: Jimmy is already playing the angle of this disaster. Rather than help anyone out, he’s helping himself by hoarding important resources. Taking advantage of people’s panic, he’s charging $10 for a can of tuna and $20 for a can of soup. He’d better trade up for a few guns and some ammo before the next angry fat person bites his face off. 1: Hero DeathWishson: Hero has watched too many movies and read too many comics. Coming equipped with a vampire hunting kit “just in case”, the actual people looking to save you tolerate him and try not to roll their eyes too much. Sadly, his overconfidence will lead him to go outside during the eye of the hurricane or to attempt to fight the terrorists all by himself.
Posted by thatsmyshirt at 9:52 PM No comments:

Going to the movies isn’t like it was in the past. Before, it was a night out to a nice place for some nice entertainment. Now it’s like inviting 200 people into your living room and wishing they’d shut the Hell up. Here now are five people you’ll meet in the movies.

5. Munchy McMunch: Munchy won’t be happy until he manages to jam every conceivable snack onto a box lid. I mean, is he even aware that those hotdogs contain no meat and have been cooking since the theater snack bar opened? For the money he’s spending on snacks, he could stuff himself with sushi before he even arrived. 4: Mr. Clickity-Click: Mr. C has come to the movies, but spends all the time clicking the buttons on his phone. He’s tweeting, IM’ing, checking Facebook and generally doing anything except watching the movie. Invariably, about halfway through the movie he’s forced to turn to his friend and ask what’s happening in the story.

3. Mr. & Mrs. Can’t-Stay-Home: This couple feels compelled to bring their baby EVERYWHERE. It’s bad enough you ruined dinner at a nice restaurant. Now you had to bring your kid to X-men: First Class? Seriously? What’s wrong with you? Babies can’t understand movies. Get Netflix and then get the Hell out.

2. Chatty Chatterson: Oh, great, talking. That’ just what you paid $12 dollars to listen to, some guy in the seat in front of you talking ABOUT the movie. His friends are trapped listening to him drone on for two hours. Can’t you just shut up so we can all hear Bruce Willis kill bad guys?!

1: Trashman CheapDouche: This guy has a lot in common with Munchy, except he was at least smart enough to hit the mini-mart before he came. Smuggling in too much food under his jacket, he now proceeds to eat it all, while dumping the wrappers everywhere. Way to make those ushers earn their keep Trashman, you lazy bastard.

You can view all our movie t-shirts and come up with your own people that you generally meet at the movies here.
Posted by thatsmyshirt at 3:49 PM No comments: