What Your Candy Says About You

What Your Candy Says About You

Candy. That delicious sugary treat, not that stripper from that place out on the highway. It says a lot about you and not just about your diabetes. Candy sends a message and that message is, "You're fat, stop eating me." But there's another, deeper, more nuanced message that you should know. 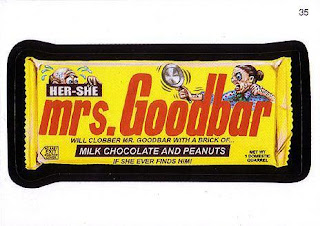 Mr. Goodbar: The yellow wrapper says, "Stop, I'm scared", but the "mister" part demands respect. Therefore, it says you're a respectable coward. A person that runs away during a fight, but in an extremely dignified manner.

Twizzler's Is The Taste - watch more funny videos
Twizzlers: Obviously, with a catch phrase like "Make mouths happy", you've got quite the oral fixation if you're popping the red vines. We're not saying you might be a slut, we are saying that you are definitely a slut.

Charms Blow Pop: And speaking of oral fixations, Charms is a candy of seduction, but it's also a candy of surprise. Like the candy, you have a hard exterior, but inside you're soft and gooey. Probably because you're internal organs are there. http://blogs.smh.com.au/entertainment/archives/tootsie470.jpg Tootsie Pop: Some say that as a Tootsie Pop person, you're not full of chocolate, but something else that's brown and soft. Like the pop, you're a mystery to get inside. How many licks does it take? It probably depends on how horny you are that day.
Nerds: Well, you need something to eat while surfing the Internet and quite frankly, any sugary substance will do. Like you, this candy is a little too on the nose with your description poindexter.
Pixie Stix: You are a flighty sprite, dancing in the field. Probably because you just ate a straw full of colored sugar. Why don't you just eat it straight from the sugar bag, "Diabetic Debbie"? The heroin of all candy, Pixie Stix say "I really don't give a crap what I put into my body."
Posted by thatsmyshirt at 2:17 PM