What Your Halloween Costumes Says About You

What Your Halloween Costumes Says About You 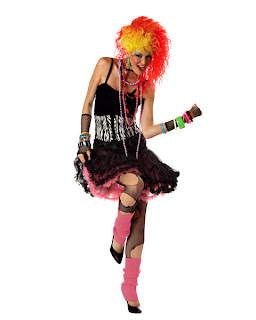 Costumes are a window into the soul or at least a window into how much someone will spend on one drunken night of apple bobbing. Halloween is around the corner, so know the signs.

Costume: 80's Party Girl
Who Wears It: Some chick too young to remember the 80's.
Why She Wears It: She likes 80's music because to her, it's baby music. Plus, she can dress like a slut, have a one-night stand and blame on the costume.

Costume: Mr. Bill Costume
Who Wears It: Some dude old enough to remember Mr. Bill.
Why He Wears It: This is the oldest guy that got invited to your party and he'd like everyone to forget that. Since his wife divorced him, it's hard for him to get laid. He'll spend most of the night talking the 80's Party Girl until he takes his mask off to drink a beer.

Costume: Sexy Girl Scout Uniform
Who Wears It: The normally uptight, hot chick.
Why He Wears It: The uptight hot chick is looking amazing in this outfit, but she plans to dump most of it on the floor of some guy's apartment after a wild night that she'll later deny. Her hormones and religious guilt keep her bipolar disorder and mood swings rattling around at a good clip.

Costume: Kiss My Irish Ass
Who Wears It: The drunkest guy at the party.
Why He Wears It: He was planning on coming to the party, getting wasted and making an ass out of himself anyway. With this costume, he figures that no one will be surprised when he's found passed out in a bathtub of vomit.

Costume: Bacon and Eggs
Who Wears It: That annoying couple that does everything together.
Why He Wears It: This couple might as well have themselves sewn together like some kind of demented human centipede. Could they be any more disgustingly cute? Their constant PDA will put you off breakfast for weeks to come.

Costume: Borat Mankini Costume
Who Wears It: The guy that thinks he's hilarious.
Why He Wears It: The office clown missed the memo that repeating catchphrases from movies that everyone is over isn't clever. His Borat would've been funny two years ago and his constant threats to go to an open mic night are starting to wear thin.

Costume: Boba Fett
Who Wears It: The geek
Why He Wears It: Sadly, your geeky friend already owned this costume. In fact, he sometimes wears it on the weekend at comic book conventions. He'll take this opportunity to geek out all over the party. Maybe the Sexy Girl Scout could finally make him a man.
Posted by thatsmyshirt at 2:09 PM